Having had our museum visits curtailed by the rising Seine river we’ve had to change plans and find other things to do. This is not difficult in Paris.

We visited the Arc de Triomphe during a commemoration ceremony. I was not able to find out what it was for, but they have the French flag flying in the Arc and a flame burning. 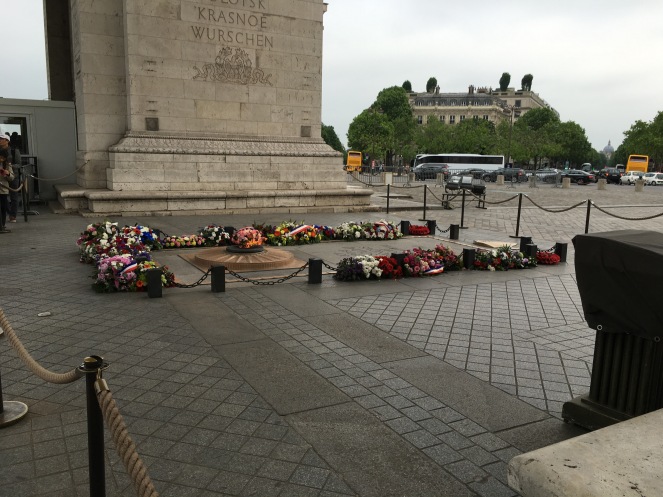 Like most other attractions in Paris there is heightened security – around the Arc there were soldiers with assault weapons, and our bags were subject to search.

I have also seen signs at other attractions saying to report suspicious behaviour.

While on the top of the Arc someone foolishly left a bag unattended. This caused a minor panic as initial calls for an owner went unanswered. Once the owner did identify themselves, they brushed off the incident as ‘nothing important’. I don’t think the other visitors would agree.

After the bag inspection the walk to the top is via a spiral staircase. Yay!

There are some rooms near the top with commemorative information before the final few flights to the roof. Just before that there is a warning sign, one fit for any Wellington street, before you exit to the roof. No windy, umbrellas!

Once on the roof you get 360 degree views over Paris and down all the 12 avenues that start (0r end) at the Arc. Here are just the 4 main ones. 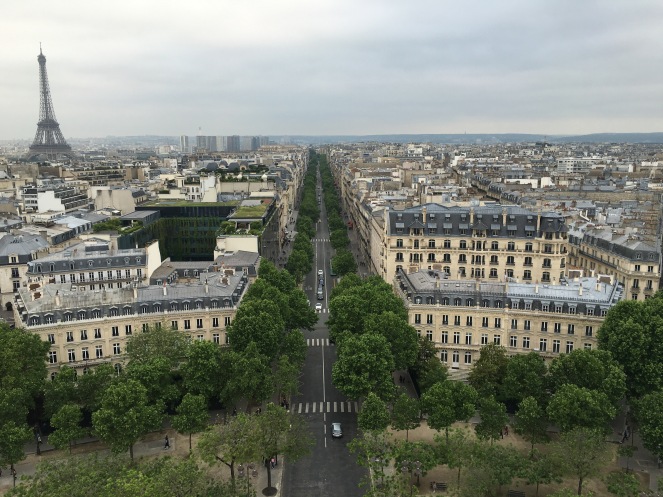 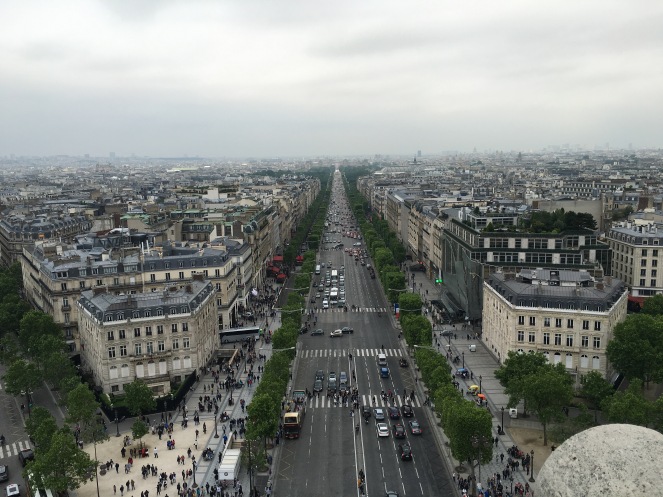 The last in the set is the famous Champs-Élysées, filled with shops for all the popular and luxury brands.

After leaving the roof there was the inevitable gift shop, before descending down another spiral staircase. Yay! This is a view looking up from the bottom.

One surprising thing is the lengths some people will go to to get a photo in front of an attraction. For example, these people standing in the middle of the road taking selfies. Good grief!