Odd to have a post about the river, but it’s really in the news. A lot of rain in tributary areas – 6 weeks worth in 3 days – has pushed the level up to five meters more than normal. Our taxi from the TGV station was held up for 20 minutes in near gridlocked traffic due to traffic having to be diverted away from some bridges.

That figure of five is not a misprint and here is proof. You can see the roofs of some businesses just above the water. 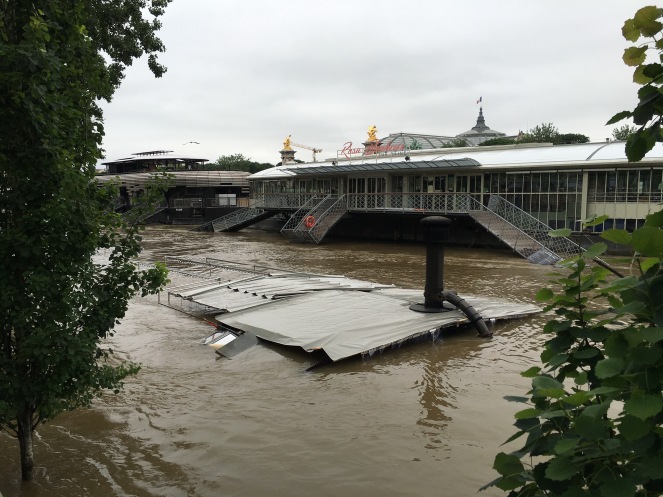 The area between the boat and shore is normally a walkway.

This the the Alexander III bridge with the water at 6m above normal levels. 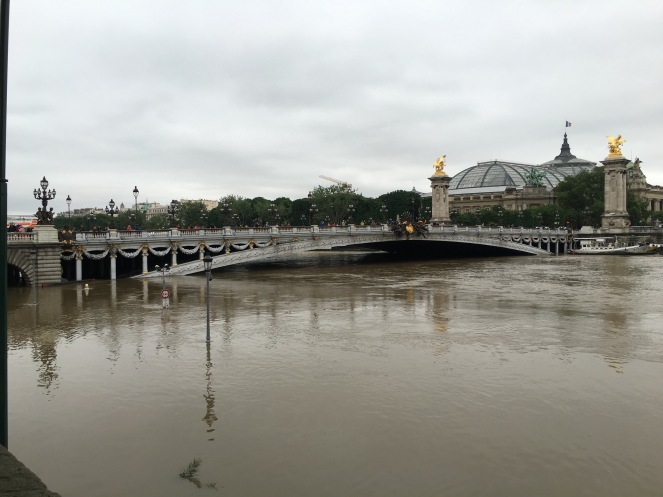 Tourist craft are currently banned as they would not be able to fit under the bridges.  Here is a group of them moored, with the Eiffel Tower in the distance.

The train line has along the Seine has also been closed. I was able to see down into the subway, which is below the current water line, and could see water bubbling up through a grate in the middle of the tracks.