Thursday was the day of another French train strike, a continuation of the strike that had delayed our trip from Genova to Nice.

However, this train was running as scheduled, and left bang on time at 9h25.

We booked first class because it has extra leg room and this was well worth the price difference. There is also power at every seat for charging your electronic devices!

TGV trains are fast having a top speed of 300km/h. The countryside just zips by… 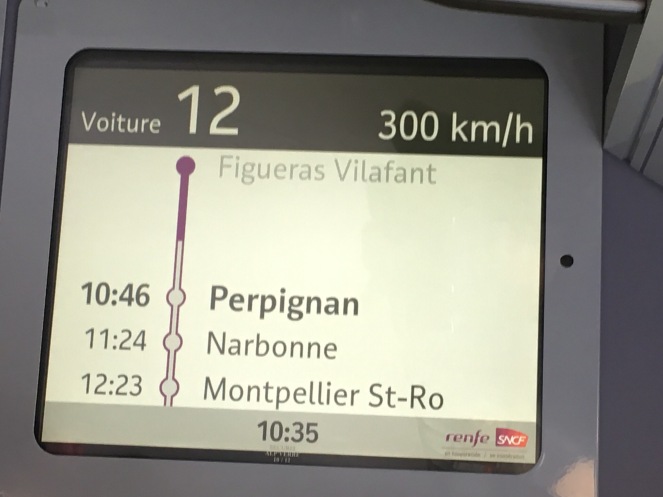 Not long after I took this we had a problem and had to stop at Sete station for nearly two hours. We were told due to gas issues, I presume in the town.

Fortunately the crew opened the doors and we could walk around.

You’ll see from the photo that this is a duplex train set – it had two levels. We were upstairs. The fun thing about stops and delays like this is that people actually talk to each other, sharing holiday and works stories, and the experience.

We met a guy, Ed, on his way to a conference, who was gong to be stranded at the next official stop because he’d missed his connection due to the delays at Sete. He phoned ahead to find there were no rental cars available – all were booked due to the strike.

The other thing that caused delays was making a few unscheduled stops to pick up (and drop off) people stranded by the strike.

The train staff were very nice, giving lots of updates in French, Spanish and English and handing out this free meal box with an activity book for kids.

The last leg from Valenence to Paris went without a hitch, and passed quickly at speeds of over 250 km/h all the way.

Despite the delays it was still an enjoyable trip, and we made it to Paris. 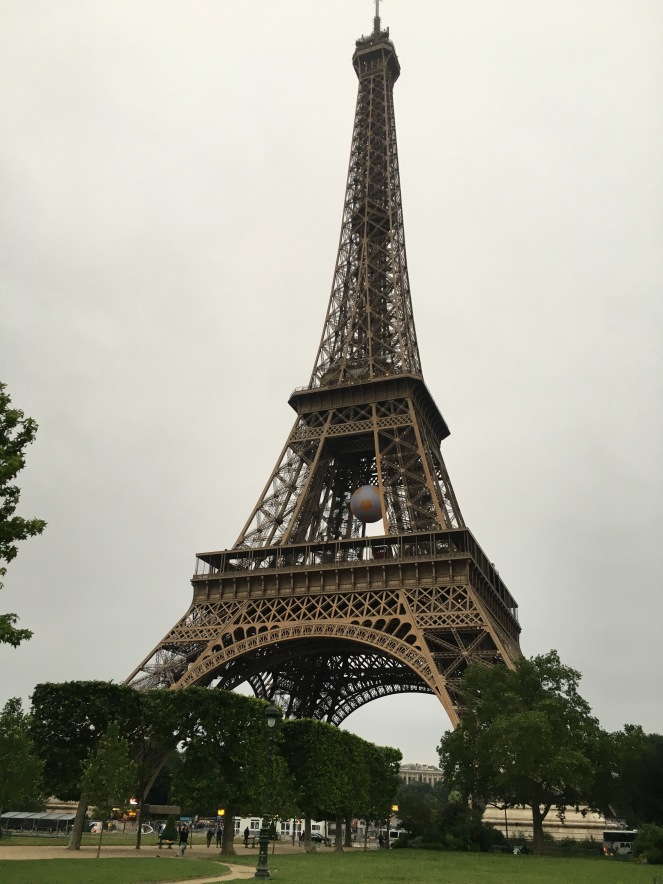 Future posts in this series will probably be out of order as I have a backlog!